ST. PAUL, Minn. – The Minnesota Department of Transportation will soon begin a project to install sinusoidal rumble strips and striping to increase safety and reduce noise at more than 80 intersections across 20 counties in the state.

The mumble strips will be installed on two-lane state highways that have intersecting minor roads, according to Derek Leuer, traffic safety engineer. This will be MnDOT’s first large-scale installation of the strips.

“The goal with mumble strips is to encourage motorists to reduce their speeds, which can reduce the severity of crashes, should they occur,” Leuer said. “This is a low-cost strategy that MnDOT can implement to make rural intersections safer.”

The work began this week and will last through the summer. The mumble strips are usually installed within a day and should have minimal impact on motorists, nearby residents and businesses. Leuer said motorists should be aware there might be standard traffic controls such as flaggers, cones and signs in those work zones.

Mumble strips will be installed on both sides of the lane and pavement markings will go over both sets of strips with white on the right and yellow on the left.

Leuer said MnDOT will evaluate the intersections with the mumble strips for driver speed, crash frequency and crash severity.

“If the evaluations show that drivers are reducing speeds and there are fewer crashes, MnDOT could consider installing more of these intersection configurations in the future,” Leuer said.

For more information on mumble strips, go to www.mndot.gov/trafficeng/safety/rumble/index.html. 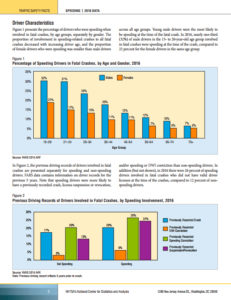